Snowboarding brought the mayor of Jackson here, but that’s not why he stayed

It’s 8:30 on Monday morning and people are piled into the tram line at Jackson Hole Mountain Resort. Fifteen years ago, I would have been standing there too. Instead, I’m sitting in an office catching up on the Monday morning email barrage before a 9 a.m. meeting on re-zoning, an 11 a.m. on parking, a lunch meeting on housing, a 1 p.m. with a county commissioner, an hour of phone calls at 2 p.m., a joint town/county meeting at 3 p.m., and then a Jackson Town Council meeting from 5 p.m. until whenever we get done.

My version of an endless, bottomless backcountry powder run arrived that day during the town council meeting. That’s when a group of local workers and longtime community members made a desperate plea to the council. They needed our support for an affordable housing project in order to continue living in the town they’ve given so much to, a town facing a historic housing crisis. We voted unanimously to move ahead with the project. No, this is not why I moved to Jackson Hole, but it is why I stayed.

I grew up in the flatlands. My dad, an immigrant musician, wound up in the Air Force after moving to the United States from Ireland, and it wasn’t until much later that I realized why we never lived around mountains—you need flat land for runways.

We’d driven through the mountains when I was a kid, moving from flat place to flat place like we did every couple years. I remember my family driving though Glenwood Canyon on I-70 when I was 13—my parents and all six kids were packed into an old Ford station wagon with my brother and I in the far back gaping at the Rocky Mountains. It would be years before I saw any big mountains again, but I never forgot them.

I’d spend the next 14 years in flatter places, before ending up, improbably, as the manager of a restaurant in Killington, Vermont. I’d never been to a ski resort, or even seriously thought about skiing. As a kid, I wasn’t encouraged to have those sorts of dreams. But a guy who worked at the restaurant with me knew how to snowboard, and he got me out on the hill and was patient enough to help me improve. And that’s all it took. Enamored with a taste of mountain life, we decided to move to big mountains, to Jackson Hole, the following winter.

“Jackson has never been an easy place to live. You have to want it.”

I spent my first JH winter snowboarding six days a week between two jobs, and the next three winters living in Teton Village. It was still quiet back then; very few people were in the backcountry and the mountain remained untracked for days after a storm. But snowboarding became more than making turns; it stitched me into the community. I was a fish out of water in many other ways, but the mountains were a bond I shared with my neighbors.

Like so many Jackson Hole transplants, I’d planned to spend one winter here. That turned into two and then three. Soon I stopped thinking about leaving at all. After all, growing up and then serving in the military, I’d never lived in one place more than a few years, and I didn’t have anywhere to go back to. I wasn’t the only one whose roots became entrenched in Teton soil. The friend I moved to Jackson with still lives here, just a few blocks from me.

It is true that Jackson has never been an easy place to live. You have to want it. To do that, like a lot of people, I’ve worked a mess of jobs—construction, guest services, bartending, special events, painting houses, and the list goes on. I still work at the airport loading bags and pushing planes for SkyWest Airlines and I help run a small music production company.

Over the years, I discovered I wasn’t the only one juggling jobs and making sacrifices for a Jackson address. I began meeting people who motivated me to give back, to protect the most vulnerable members of our community—many who are packing up and moving away because they can no longer afford to live here. I ran for mayor because I wanted to give those residents a voice.

Today, I don’t snowboard as much as I used to. I started a music career, got into paragliding and mountain biking, all which took a share of my time along with my mayoral duties. But I still love to get into the backcountry on a powder day. It’s like going back in time—the nooks and crannies I used to ride look the same. And when I do get out there, I am reminded of an important truth.

I came to Jackson without a college degree and a manual labor resume. Snowboarding brought me here, but this community brought me to where I am today. And for that I owe it a great debt of gratitude.

Pete Muldoon moved to Jackson for the snow but he stuck around for you. 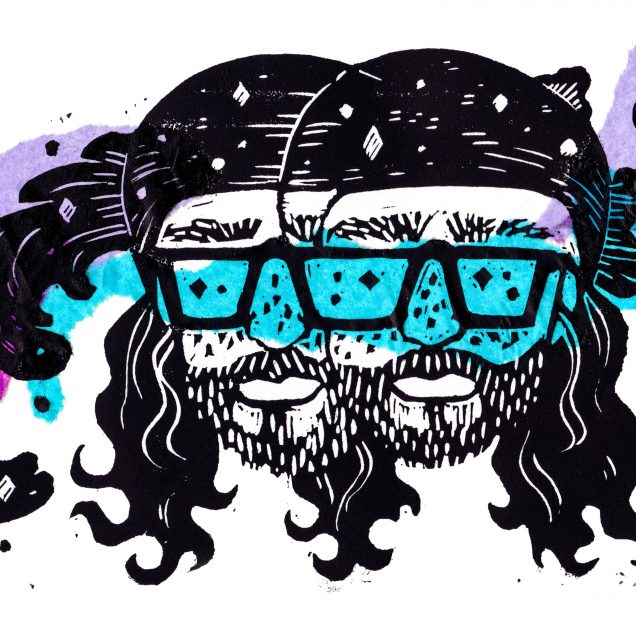