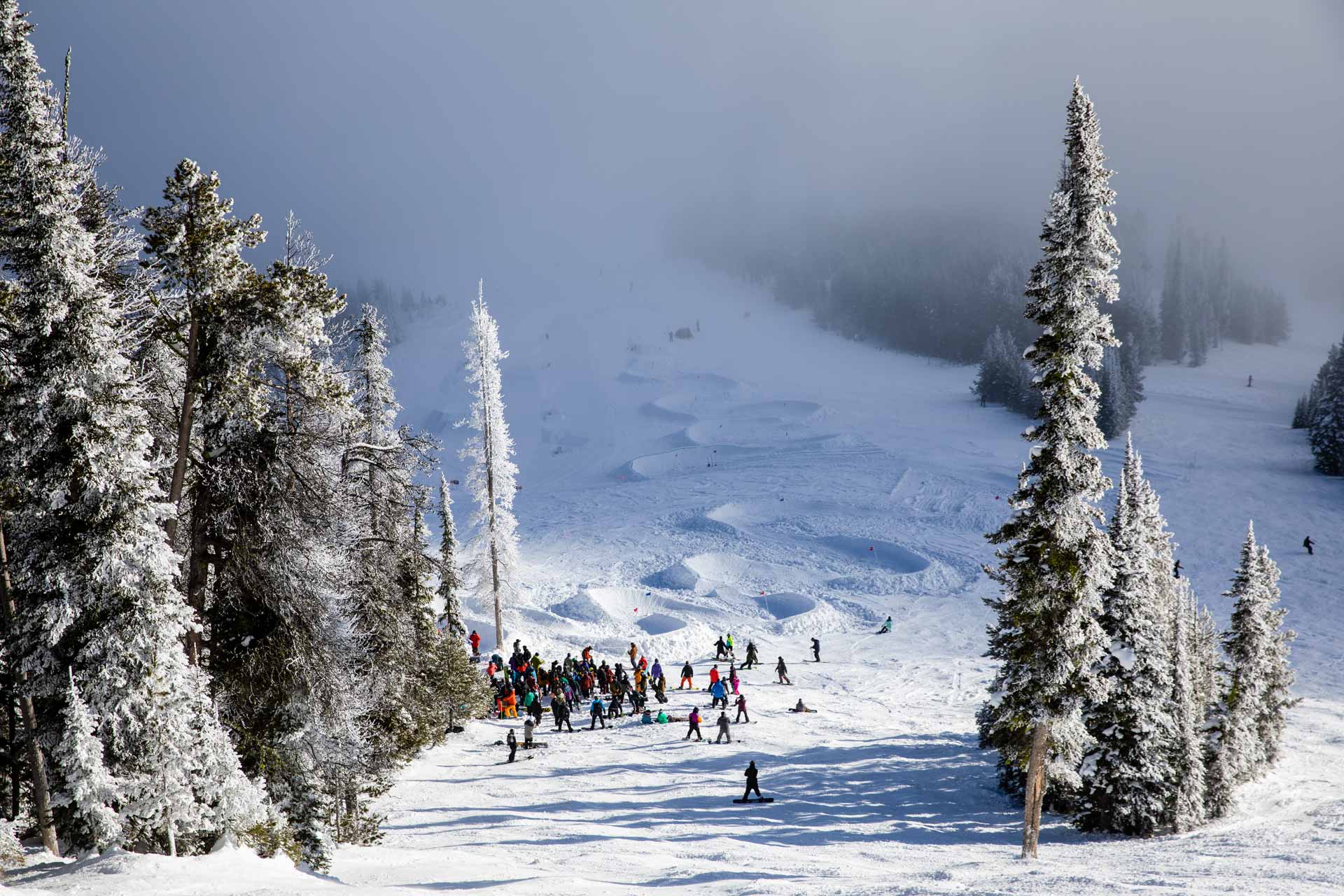 The crew gazes down the Smash Life course.

Smashing life at Lost Trail the way Aaron Robinson would.

A mortar thumps and lights the foggy night with a glimmer of orange. The biting cold cuts deep and winds purr as bottle rockets pop in the distance. Inside the Lost Trail Lodge the surf rock sounds of The Skurfs band wail into its storied walls. We’re way out on the Montana-Idaho border, deep in the Bitterroot mountains, and we’re lost to the sea of time, frozen in a forest of rime-encrusted trees.

The band, the scene, the gathering: it’s all in remembrance of one impactful soul named Aaron “ARob” Robinson. The Whitefish, Montana native took to life the way he took to the pursuit of snowboarding—with spontaneity, grace, power and prowess. ARob’s riding and infectious personality spread beyond the confines of the treasure state as he grew into a professional riding role. From Whitefish Mountain, to Tahoe, Jackson Hole, Alaska, and beyond, ARob made an imprint through riding style and stoke. Tragically, Aaron passed away from a head injury while riding in Chile in 2011. The event shook the snowboarding community and all those he touched. Yet to this day ARob lives on in many mediums.

From his passing rose the ARob Plant a Seed Project and the Smash Life Banked Slalom, run by his mother, Pam Robinson, and his good friend Shane Stalling.

“He always dreamed of a way to help kids afford to snowboard and to get more kids into snowboarding,” says Stalling. “After his passing I was working at Big Sky and thought we could do a banked slalom to raise money for it. Jeremiah Favara of the Big Sky Terrain Park was a big part of that first one.” That was eight years ago and Smash Life is going strong with events held at Big Sky, Alpental, Lost Trail, and Great Divide. “Lost Trail is very mom’n’pop and it’s where Aaron, Jeff Hawe, and I rode a lot. It has more of a home-style cooking sort of feel, which I think Aaron would be psyched on. He wasn’t a big ski area person anyway. If he was a ski area he would be a mom’n’pop one.”

Through the banked slalom events and other fundraising efforts, tens of thousands of dollars have been raised to get impoverished kids on snowboards around the Whitefish area in the past eight years. It’s a beautiful project of generosity and hope. Pam calls these kids her “seeds.” In each seed a little bit of Aaron’s dream and stoke lives on.

Back at Lost Trail the sun cuts through low hanging clouds and lights up the banks. Recollection of Aaron comes in other ways, like the pale blue, tattered one-piece suit worn by friend Spencer Moon who’s sipping beers on the sidelines. The outerwear is tattered, littered with dozens of tickets from Smash Life Banked Slaloms, and it was the last outerwear Spencer wore while riding with Aaron.

Meanwhile friends from all over the west are running the bermed course. It’s relaxed, yet there are rivalries and side bets: one involving a Smirnoff Ice to be consumed through a boot, another involving a substantial amount of facial hair. The beers, laughs, and smiles flow. There’s even a bit of pow stocked away in the woods to chase in between runs. The rope tow and double chairs spin slow, letting your mind breath and eyes swallow the expanse of the Bitterroot Range.

There are few places left where a lift ticket costs forty-two bucks. Where the powder stays more than twenty-four hours after a storm. Where snow sculptures and trinkets decorate the lift shack grounds. Where you don’t have to cut through attitude, parking, and lift lines to ride. There are even fewer areas where you can rock the lodge down with a live band alongside the owner, staff, and all your friends past midnight, then wake up and ride with them all day long. Here, and for now, you can, and we’re damn sure Aaron would be happy about that.

Ben Gavelda may be the oldest guy on staff at JHSM, but still goes the hardest.
@bengavelda 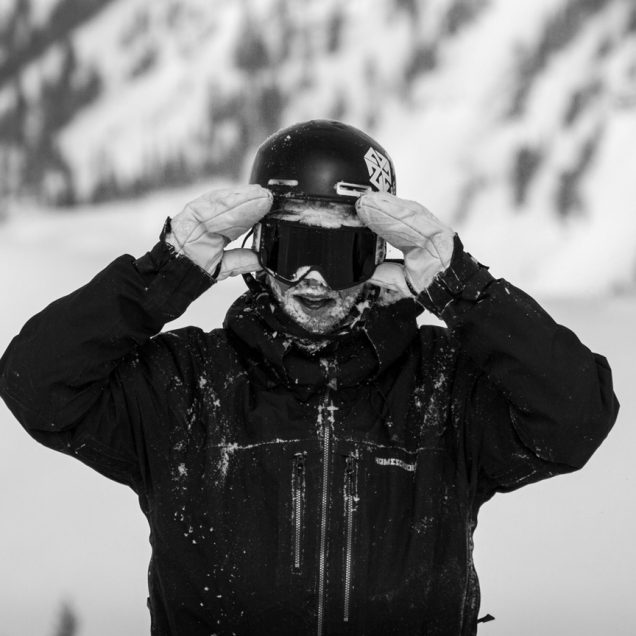