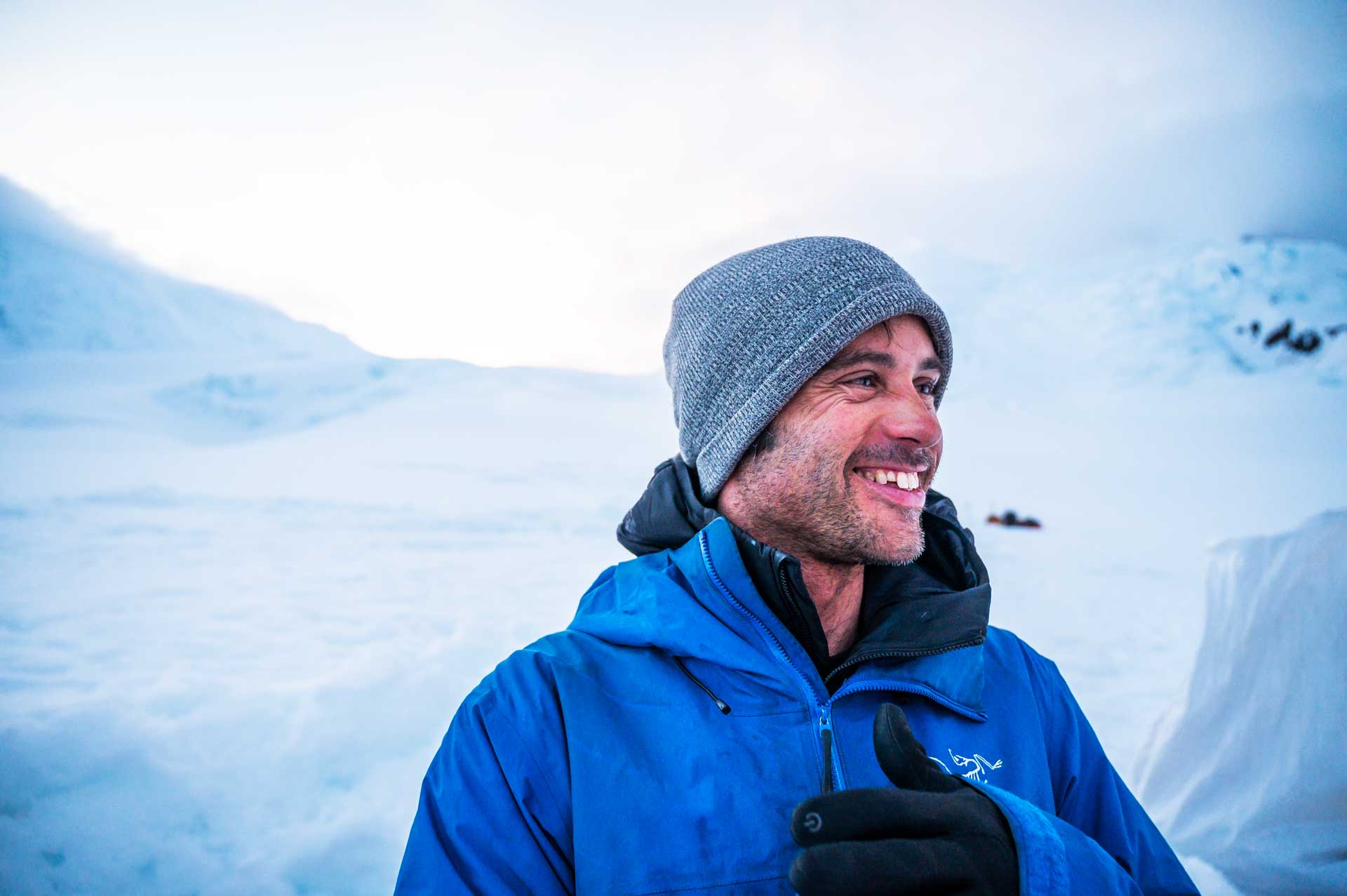 It’s hard to say where I first encountered Murph. I’d heard tales of him from friends in California, Montana, Washington, even read a mention of him in a TransWorld Snowboarding story years ago. At some point I found myself camped out at his place in Victor, Idaho and in the years since, we’ve had many memorable days in the mountains. The snowboarding community is small enough that one person’s impact can travel far. Nathaniel “Murph” Murphy is one of those characters that’s been around, and he leaves a lasting impression wherever he goes. His snowboarding spirit has taken him across the west and to the distant slopes of Turkey, Bolivia, Alaska, and Norway. From dirtbag to Exum Guide, this is a look at how Murph has grown into an integral role in the snowboarding community in the Tetons and beyond.

Skateboarding introduced Murph to snowboarding. In Oregon, where he grew up, he rode at Mt. Hood, Timberline, and Mt. Bachelor. Later on he found himself in Montana, living in Big Sky and Bozeman. Murph used to “patrol” at the Yellowstone Club in the good old days, when patrol mostly rode pow at the nearly vacant wealthy reserve. There were trips to Cooke City, too. “Our friend Benjie was running the High Country Hotel in Cooke and he convinced me to stay one weekend,” Murph says. “He said if I helped out with the place he’d give me a free cabin. I ended up staying for the winter.” In line with all of this Murph began spending more time around the Tetons, linking up with Alex Yoder, Bryan Iguchi, and Blake Paul. “I was here more and more and just gravitated to the place. It seemed like a progression.”

How does one go from being a drifting snowboarder to a profession of ferrying people around the mountains? Spending summers as a fly fishing guide, which is Murph’s other gig, can help, but there’s no set path. “I was never trying to be a guide,” Murph says. “It happened back in the day informally through Lucas Debari, ARob, Yoder, and Blake. I had worked for NOLS a bunch of years doing winter camping and splitboarding trips. That was based out of Driggs, Idaho. The riders knew I was doing that stuff and could handle it, so they began inviting me on trips.” There was one trip in particular that kicked it into gear. “I just fell into the whole Exum thing on a TGR camp trip around Moran. A couple buddies and I got hired to porter stuff and stage it. The owner of Exum was one of the guides. At the end of the trip they asked myself and another buddy if we wanted to work for them the next season.”

Once on board with Exum, Murph began expanding his training and skill set through consistent guide work. As word spread, so did opportunities to link up with some of snowboarding’s best: he went to Turkey with Yoder and Nick Russell, Cooke City with the Burton crew, Bolivia with Danny Davis, Denali with a slew of pros, Yellowstone for Roadless, and Norway by private boat. “These trips are always kind of last minute,” he says. “I’m usually not into them at first because I know how much work they’re going to be and all these question marks with logistics. Bolivia was ridiculous, we were hitchhiking to get places.” But the riding can pan out. “The spines we got to ride in Bolivia on the very last day were pretty insane. The trip in Lofoten with Ivan, the local tug boat captain, ski guide, and hotel manager was awesome. He drove us around on his boat to different fjords and we would skin up whatever looked good. It was such a sick style of splitboarding.”

All of this travel and time in the mountains has evolved his approach. The job of a guide comes with a tremendous amount of responsibility. “You have to think creatively every time you’re out,” Murph says. “You have to have contingency plans because more often than not, the day isn’t going how you planned.” There’s a balance of amusement, reservation, and peoples’ lives in this career. “You’re totally responsible for the decision-making. You bail a lot. When you’re guiding, if you don’t bail a lot, then something is not right. You have to be comfortable turning around and hopefully your clients are okay with it. I’ve turned around within 200 feet from the top of Mount Moran three times with clients. In the end, people just want an adventure and a good time. You really don’t have to succeed everyday, but you gotta try.”

Ben Gavelda wishes he was more of a dirtbag than a construction guy. @bengavelda 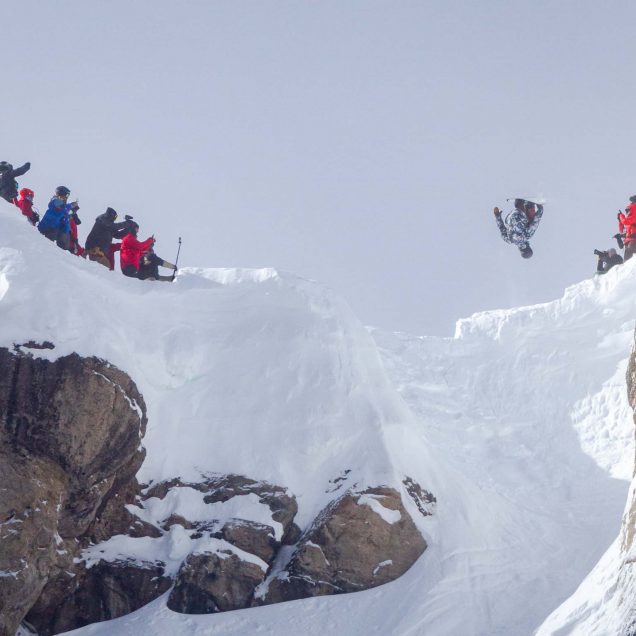 The Kings and Queens of Corbet’s Competition 2020